The public transit system in Munich Germany is comprised of a comprehensive network of commuter rail lines, subway lines, tram lines and buses.  It is operated by the Munich Transportation Corporation (MVG).

Munich's central train station is a major transit hub as is Marienplatz, the city's main square. 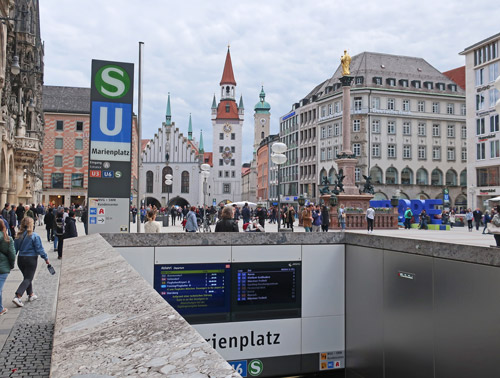 In addition to single journey tickets (called "Einzelfahrkarte"), day passes (called "Tageskarte") can be purchased for one or more days.

Group discount passes are also available if two or more people are travelling together.  They are called "Gruppen" passes in German.

Make sure to validate your tickets before boarding public transit. You'll be charged 60 euro if you are caught riding without a valid ticket.

The cost of travel depends on the distance you travel.  In general, however, it is normally best for visitors to purchase a 3-day unlimited pass.