The Feldherrnhalle is a "loggia" in Munich Germany.  A loggia is an open-air, covered gallery with supporting columns.  The gallery normally displays statues or sculptures.

This historic monument was built in 1840 to honor the Bavarian Army. 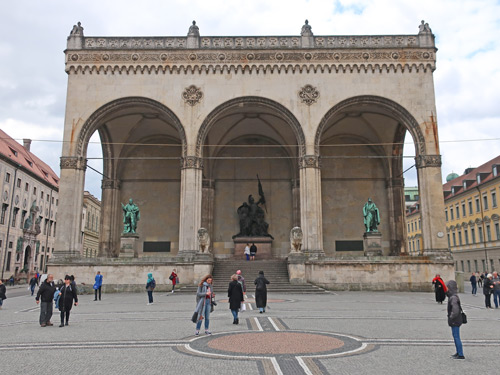 The Feldhernhalle is located on Odeonsplatz kitty-corner to Theatine Church.

In November 1923, this location was the site of an attempted coup by Adolph Hitler called the "Beer Hall Putsch".  Hitler was subsequently charged with treason, prosecuted and sentenced to five years in jail.