Karlsplatz is one of several historic city squares in Munich Germany.  It is also called "Stachus", after a pub that was once located there.

The square features a large fountain and the Karlstor Gate, a gothic gate that was once an entrance way into the medieval city.  The gate was built in the 13th century but was subsequently reconstructed. 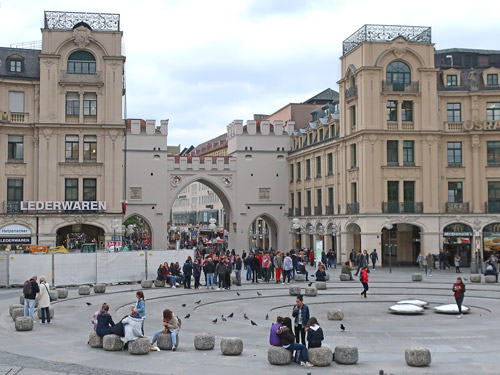 The main pedestrian area in Munich runs from Karlsplatz along Neuhauser Straße (street) and Kaufingerstraße (street) to Marienplatz in the city centre.