Marienplatz (Mary's Square) is the central square in Munich Germany.  It was established in 1158 and is considered by many to be the heart of this Germany city.

Famous landmarks on the square include the New City Hall (Neues Rathaus) and the Old City Hall (Altes Rathaus).  The clock (Glockenspiel) on the city hall tower is one of Munich's most beloved tourist attractions. 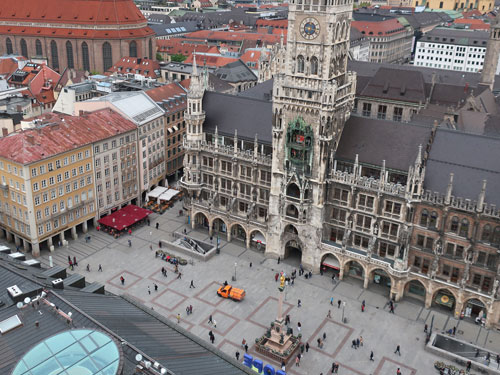 At the centre of Marienplatz square is an attractive column called "Mariensäule".  It was built in 1638 to commemorate the end of the Swedish occupation and the 30 year war.