Kunstlerhaus is an attractive building in Munich Germany.  It was established as a meeting place for artists and high society.  The name in English roughly means "Munich House of Artists".

This historic building opened in 1900.  It was used to bring together artists with brewery families, industrialists and others wealthy individuals. 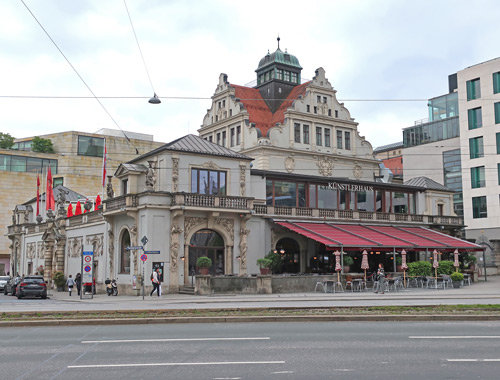 Like many Munich building, Kunstlerhaus was destroyed during a bombing raid in World War II.  The structure was subsequently rebuilt and the facility reopened in 1961.

Kunstlerhaus is currently used to host congresses, festivals and exhibits.