BMW World is a large exhibition and event venue located in Munich Germany.  It encompasses the BMW Museum, the BMW Headquarters and one of the company's automobile production factories. 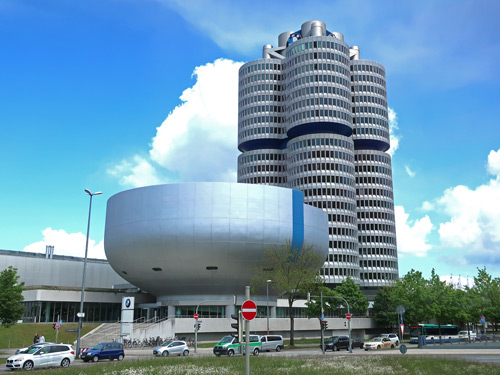 Visitors to BMW World can take a tour of the impressive complex and/or the adjacent automobile production plant.

If you are interested in robotics, make sure to tour the plant as robots are used extensively in the vehicle production and assembly process. Due to the tour's popularity, however, you'll need to book your tickets well in advance.

BMW World is located next to the Olympic Park, north of Munich.  It is said to be the most visited attraction in Bavaria Germany.