Isartor is one of four city gates that led into medieval Munich.  It was built in 1337 and formed part of a city wall.

The gate got its name from the nearby Isar River. 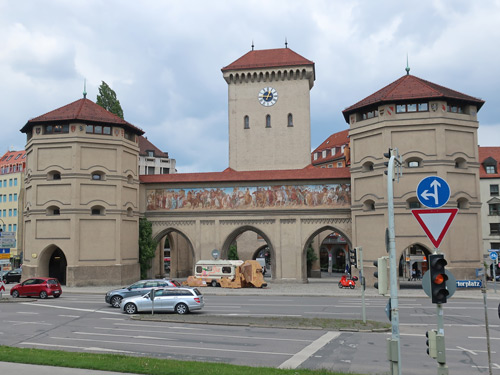 Isartor Gate is located at Isartorplatz (city square) on the eastern side of Munich's old city.  It is situated northwest of Munich's Central Train Station, the Hauptbanhof.