The original National Theatre building on this site opened in 1818.  It burned down shortly afterwards and was replaced in 1825 by a second structure.

That second theatre building was then destroyed in an air raid in 1943. The current building was completed in 1963. 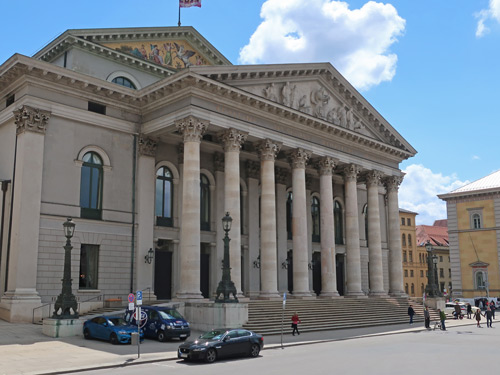 This performing arts venue is located on Max-Joseph-Platz adjacent to the Residenz (Royal Palace).