The Old Town Hall in Munich Germany was once Munich's city hall.  It was built in the late 14th century.

In 1874, the city administration was moved to what is now called the New Town Hall.

The Grand Hall located in the iconic Old Town Hall was where Joseph Goebbels made a speech on November 9, 1938.  That unfortunate speech was the prelude to Kristallnacht. 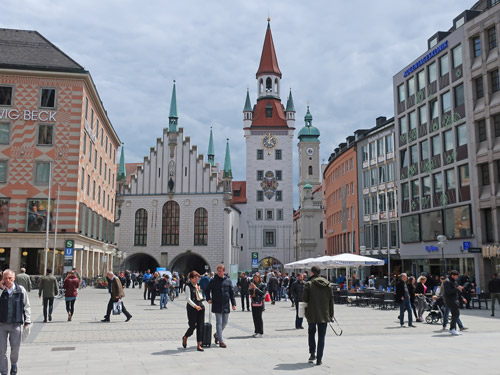 The Old Town Hall was severely damaged during the second world war but was subsequently rebuilt.  The spire was reconstructed in the 1970s.

This historic building is located at the eastern end of Marienplatz in the heart of Munich Germany.