The Olympic Tower is an observation platform and revolving restaurant in Munich Germany.  It is also used as a transmission tower for television and radio broadcasts.

The 291 meter tall tower opened in 1968 and is one of Munich's most recognizable city landmarks. 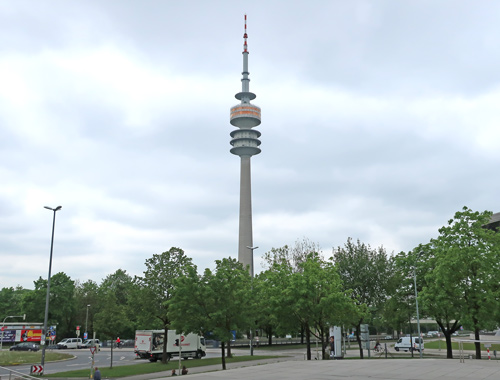 The "Rock Museum" can be found at the base of the tower.  Olympiapark surrounds the tower.

The Munich Olympic Tower is called "Olympiaturm" in German.