Construction of the building began in 1468 and was completed two decades later, in 1488.  The 98-metre high twin towers were completed in 1525. 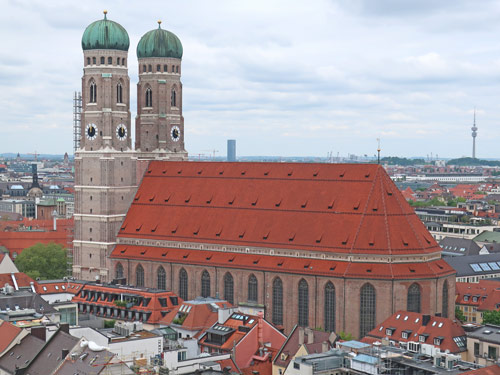 If you would like to enjoy a wonderful view of Munich and also get a little exercise, you can climb the stairs of the cathedral's south tower to a viewing platform.

If the skies are clear, you'll even be able to see the Alps from Frauenkirche.