The Residence (Residenz) in Munich Germany is the former royal palace of the Bavarian monarchs.  It is comprised of several buildings containing some 130 rooms.

There are a total of 10 courtyards, including the one shown below. 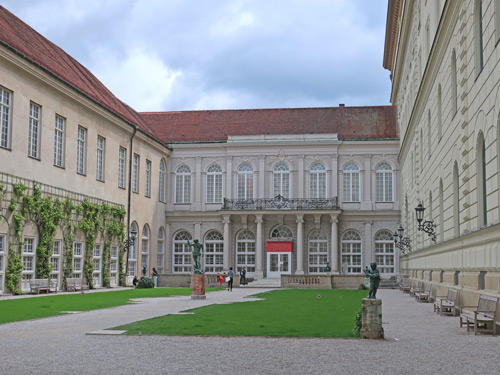 Some of the Residence buildings were built in the 14th century, while others were constructed in the 18th century.

The New Residenz Theatre and Cuvilliés Theatre are two performing arts venues located at the palace.

Tickets are required to visit the Residence Museum, Treasury and Cuvilliés Theatre.  Access to the Court Garden and Fountain machinery, however, is free of charge.